The Elek family invites you to share a favourite memory, something you appreciated about Michael or condolences to the family. 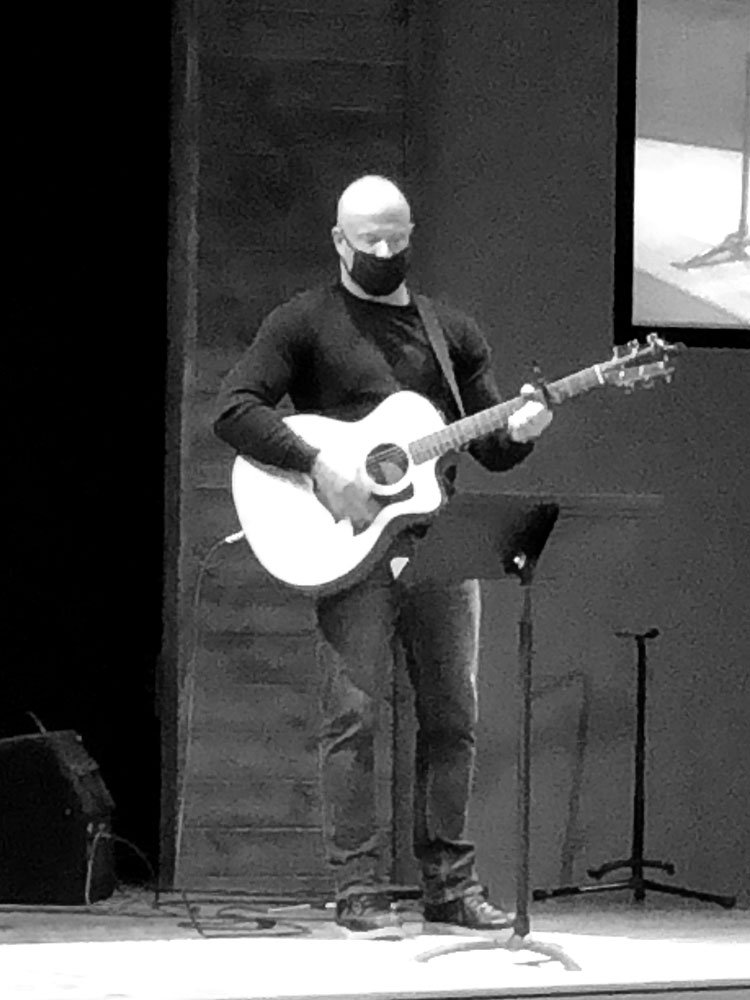 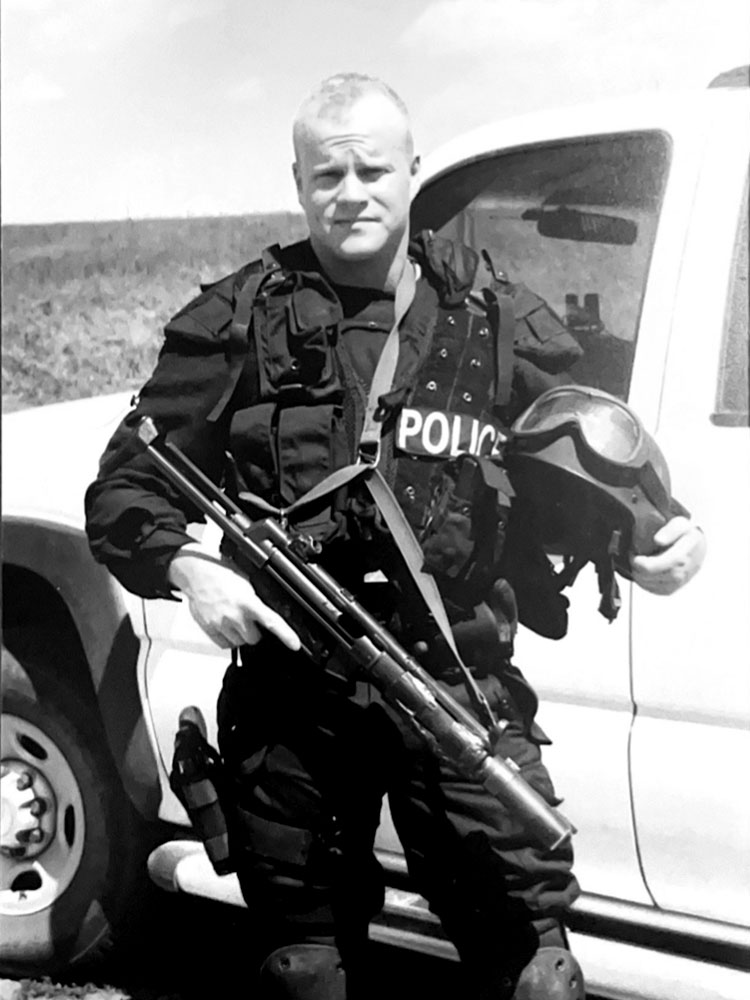 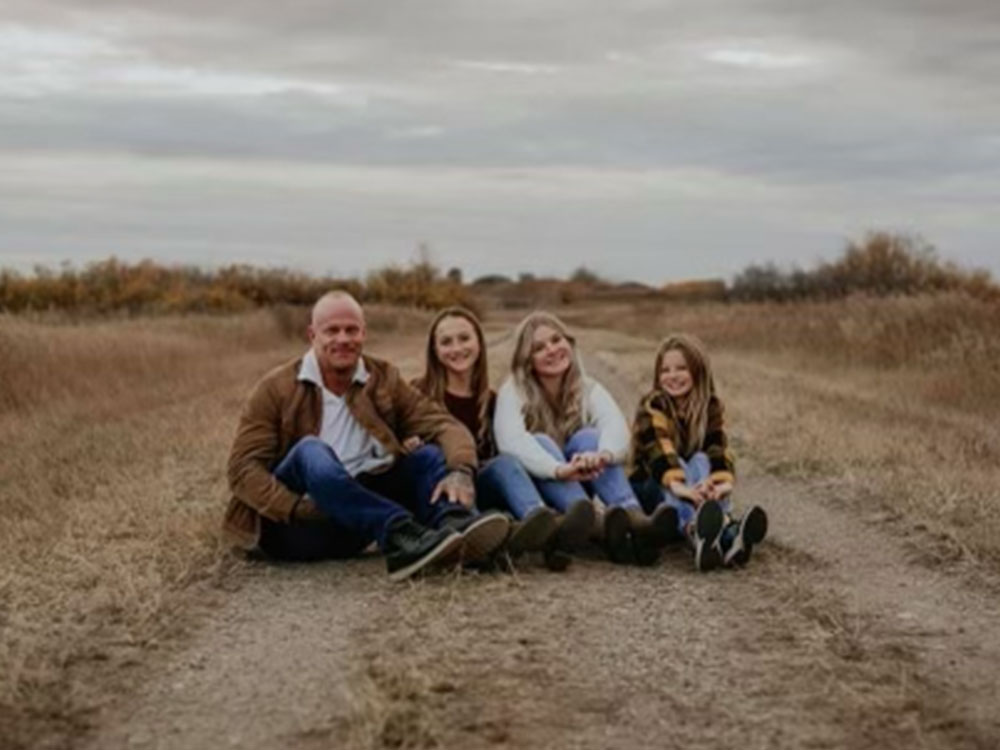 Mike, I will miss you. I envied the love you had for your children. I remember what you told me when we were together for such a short time in SAW.

I remember being kids at camp-you always tried to be innocently mischievous but were far to kind hearted and sweet. When I chatted with you again just a few weeks back, that big heart full of kindness, fun and love was still shining. What a privilege to have known you, but now the Lord wanted you as His own. You are dancing freely now, Michael, in His presence.

I miss telling him to tie up his boots all the time.

What a beautifully written obituary. I grew up with Mike in White City and he was always such a little mischievous thing. Cute as a button and that dimple – I’ll never forget it. We had recently reconnected on Facebook and it was so wonderful to see his relationship with his girls and what he had accomplished. So sorry to hear of his passing.

I worked with Mike in Red Deer, on watch and later in GIS. You could always count on him and always knew he had your back! I spoke to another member who knew Mike! He said as a new 22 year old RCMP officer Mike was like a super hero to him! Mike and I kept in touch on Social media after we moved on. We were going through similar struggles and Had some great talks. I still tell stories about the time we worked together! RIP Mike….

Mike was my troopmate. He was one of the toughest members in our troop but also one of the kindest. He supported everyone on our troop and never put anyone down. When a fellow troop mate was struggling emotionally I watched Mike reach out and give him a hug. He also told him he had his back. He had a genuine good heart which came naturally to him. I enjoyed hanging out with Mike due to his good nature and his awesome personality. He also had a mischievous sense of humour and that smile:) We got to reconnect in 2014 and then again through Facebook. Mike had a drive to help others. The world has lost a hero and a gentleman. However his spirit will live on with his three daughters. Rest easy Mike. My condolences to his loved ones.

It’s Tuesday night on July 12th, 2022 and it’s not very often I happen to check the F Division website out but for whatever reason I did and sadly learned of Mike’s passing. A feeling of shock, sadness and anger set in. Mike and I worked together during our days in Northern Saskatchewan where we shared lots of laughs together, before we parted ways to different career paths within the force. I’ll never forget Mike’s infectious smile and his hard work ethic. The positive energy he brought to the room was always something I looked forward to. His approach to the most vulnerable of our society was one with compassion while speaking with his calm voice. I’ll see you on Thursday Mike.

Mike and I were troopmates over 20 years ago – Wow how time has flown! We marched side by side in our ranks and were posted to F Div out of training. Mike would put a smile on our faces with his forgetful charm, quiet smile and calm demeanor while shrugging off his marching bloopers or his kit that was askew. Mike took me under his wing when I got posted north out of training (from Ontario) and helped me navigate my way through the initial shock of the prairies. He inspired me to join URT and I again worked by his side in Special O, during work travel and for training where we shared many laughs, our life stories and talked about our struggles. He wore his heart on his sleeve and was always willing to lift you up when you needed the help to stand.

Mike’s daughters were always at the forefront of his thoughts, ambitions and dreams. He held them on a pedestal as a proud father. While cheering on our kids during elementary school track and field meets his immense love and his dedication to them was always apparent as he smiled from ear to ear and lit up cheering them on. I believe they were the lights in his life guiding him through the hurdles he faced and giving him strength and courage to keep moving forward. Mike will be greatly missed. My deepest condolences to his family and to all who knew him.

Everyone will miss you Michael. I have some great memories with you. I will never forget the time you asked me to come for a drive with you in your car and we just drove around talking. You were so kind, humble and funny. We had some great times at Grandma’s smith’s house. I will see you again in heaven one day, love your cousin and brother in Christ.

Calm & dedicated will definitely miss you in the worship team . Mike has played guitar on several occasions with me on the worship team @ ReginaVictory Church , he gave his best during those times , lovely smiles with a gentle personality .

Adieu Mike till we meet to part no more at the feet of Jesus .

Praying Comfort for the entire family , & the girls . The Lord be with you all at this time & fill every gap Mike has left . Peace & Strength in Jesus name . Amen 🙏

My family has known the Eleks and Smiths since I was little. I am the same age as his sister Kerri and most memories are from Trossachs camp times. Him and his younger brother and cousin would love to get a joking remark in, tell us girls we were acting dramatic, or pull a prank that usually involved frogs and garter snakes. He was always kind, caring and gentle natured. Years later when my kids were young, he still did the duty of paving the way to teach them how to find the frogs and other critters to scare the ladies.

Awhile back I ran into Mike and we chatted about some challenges and situations I had had. I valued his opinion and he had a lot of wisdom for someone I still saw as little Mikey, Kerri’s little brother. He never sugar coated anything and was very real yet non judgemental and supportive. That is a very hard trait to find in not only people today, but as a Christian and someone who was in an industry that takes alot of judgement from the public daily. His words have never left me and I continue to follow his words of wisdom. He was quiet natured in his words and shared some of what he had gone through. That was the first time I felt again like a human and really had hope in a dark time when I wanted to give up. For that, I am forever grateful. I only wish I could’ve said it to you before you left this earth. Our love, prayers and thoughts go out to the entire Elek and Smith families. We are so honoured to know you all ❤️

I had the pleasure of having Mike as my field coach when I first arrived in Red Deer in 2007. I learned a lot from him. I was fortunate enough to be invited out to their ERT bush week where I had my first ever helicopter ride and experienced what it was like to have the entire ERT hunting you down in the woods.

Mike was very patient and we never had a harsh word in the time I was under his wing. My favorite memory of Mike happened one particular day we were working. It was the kind of day that I otherwise would have forgotten about by the end of the week as nothing was happening. I had purchased myself a new Mustang as a Depot graduation present and driven it to work that day. I happened to be out on patrol and another watchmate pulled a vehicle over. As I heard him call the license plate out on the radio I realized that it was my car that was pulled over, conveniently just a few blocks of where I was at the time.

I drove over, already starting to fume. Upon arrival, I saw the police car sitting behind my pride and joy. I pulled up alongside and there was Mike sitting in the driver’s seat of my car with a grin from ear to ear. Initially I was pretty upset but I cooled down before too long. Little did Mike know that he was giving me a memory that I will have forever and still to this day makes me chuckle. I still have the car and I’d give anything to see him sitting in it again with that massive grin.

Mike came off as a tough guy on the street but those who were lucky enough to know him learned very soon that he had a soft spot. I had always hoped to see him again someday before too long.

I will miss you Mike. You left us far too soon but I consider myself fortunate to have had you in my life for the brief time you were. Rest in peace, my friend.

Until we meet again,

I met Mike during our time together at Edgewood in 2020. Despite it being only a few short months, I got to know Mike quite well and hear his story. He was such a wonderful soul who turned his life around for the better. The thing that stuck out most for me is the love and devotion he had for his daughters and how much he wanted to mend his relationship with them. It was really inspiring and a reminder for me as a father to cultivate that same love with my own two young children every day.
I am very grateful to have known Mike 🙏❤️

Mike was a close friend of mine. We worked together for several years and I can’t think of anyone else I’d rather see coming through a door to help me than him. His easy humour, quick wit and genuine smile made him so much fun to be around. He was a protector and always kept us safe. Those who knew him were blessed to have him in their lives. I’ll miss our chats and his whole hearted laughs. I have many memories of him that will warm my heart until we meet again pal…